This article appeared originally in the February 2015 Levitt Letter.

For many, owning a home is not all it’s cracked up to be, according to Washington Post columnist Michael Fletcher. He recently drew from a study that concluded that half of households would be richer by renting and investing.

I’m not suggesting that homeowners liquidate their home equity to invest in the stock market, life insurance schemes, or other ventures. For some households, home ownership remains their very best investment. Instead, please consider the concept that certain renters are wise not to stretch themselves to realize the so-called American Dream. For them, renting a modest dwelling may prove wiser over the long run.

Fletcher’s Washington Post article offers insights on the merits of owning a home.

U.S. home prices crashed 43 percent between 2005 and 2012. Is home ownership the best way for average people to build wealth? For more than 40 million households—or half of the nation’s current homeowners —the answer is no, according to a new study by HelloWallet, a financial planning firm.

People in those households would have built more wealth by renting and investing their money in 401(k)s, IRAs, or other types of tax-advantaged investments, the report concluded. Home ownership is not necessarily a good investment for some people, according to Matt Fellowes, HelloWallet’s chief executive.

The benefits of homeownership are often overstated, the study found, even by several popular online calculators, which tend to overstate the tax benefits. A family earning $50,000 a year or less sees only a negligible tax benefit. The higher that rents are relative to purchase price, the more financial sense it makes to buy a home. Many Americans would have been better off renting than buying from 1985–1991 and 2001–2009, according to the HelloWallet report.

Higher-income households reap more tax benefits than lower-income buyers. That makes owning a better deal than renting in more cases than not. The mortgage interest deduction flows disproportionately to higher-income people in expensive regions of the country. But those benefits are either non-existent or diminish over time for many other households.

Whether to own or rent the roof over our heads is a temporal decision, particularly in light of our Lord’s promise: “In my Father’s house are many mansions: if it were not so, I would have told you. I go to prepare a place for you” (John 14:2). Our heavenly homes, PTL, will surpass even the best we can imagine in this mortal life. 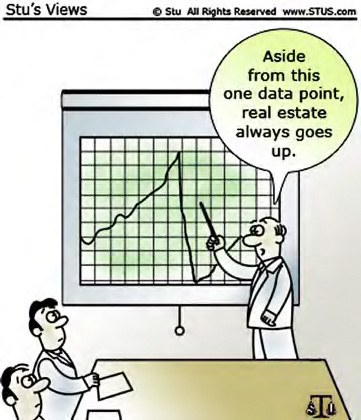 Copyright © 2015 Zola Levitt Ministries, Inc., a non-profit 501(c)(3) organization. All rights reserved. Brief passages may be quoted in reviews or other article. For all other use, please get our written approval.
Our Jewish Roots
Levitt Letter
Tours
Podcasts