New York, London, Paris, Rome, Athens, Istanbul… and the list goes on — each destination a grand attraction for the casual traveler and for serious students of history and archaeology. All the captivating cities of the world have unique histories and romantic appeal to world travelers.

Standing alone… Jerusalem! Jerusalem has been the world’s most significant city since the time of King David. “The Lord loves the gates of Zion more than all the dwellings of Jacob. Glorious things are spoken of you, O city of God! And of Zion it will be said, ‘This one and that one were born in her; And the Most High Himself shall establish her.’” — Psalm 87:2–3, 5

No city has garnered more attention over the ages than Jerusalem. It still dominates the headlines and political debate.

This year marks the 50th anniversary of Jerusalem’s reunification. During 1967’s Six-Day War, Israel defeated the Jordanian forces that had occupied the Old City and eastern half of Jerusalem since Israel’s War of Independence in 1948. Not only Jerusalem, Israel also won back the Golan Heights from Syria, and the Gaza Strip and Sinai Peninsula from Egypt.

Jerusalem has been a “hot button” in the political arena since… well, since anyone can remember. Through the centuries, the Holy City of God has seen the misfortune of being conquered by an array of foreign armies. See Zola’s study booklet Jerusalem Forever for a detailed list of those foreign powers.

In 1995, the U.S. Congress approved moving the U.S. Embassy from Israel’s former capital, Tel Aviv, to its new capital, Jerusalem. Successive presidents have delayed that move in six-month waivers. The most recent waiver, signed by President Obama, will expire in June. Perfect timing, don’t you think? The American Embassy’s move to Jerusalem could climax the 50th anniversary celebration!

“O Jerusalem, Jerusalem, the one who kills the prophets and stones those who are sent to her! How often I wanted to gather your children together, as a hen gathers her chicks under her wings, but you were not willing! See! Your house is left to you desolate; for I say to you, you shall see Me no more till you say, ‘Blessed is He who comes in the name of the Lord!’”

Why did Yeshua lament over Jerusalem? Keep your Bible in hand, and let’s backtrack a few verses, so we can put His words in context, beginning with 23:13. Keep in mind that the Pharisees were not the only religious leaders of the day, but along with the Sadducees made up the Sanhedrin — the chief ruling body in Jerusalem. Yeshua clashed mostly with the legalistic Pharisees and the scribes who recorded their false teachings.

Yeshua began pronouncing “woes” on the scribes and Pharisees. The term “woe” can be used to describe misery, such as our phrase, “woe is me.” It is also used to express condemnation, such as “cursed,” which is its use in these verses.

Yeshua again turns their attention to outward appearances in verses 27 and 28. His analogy may have been a reaction to the wealthy adorning their tombs with a white, decorative plaster so it would stand out. Regardless of the tombs’ beauty, inside were dead men’s bones — a reference to the Pharisees’ spiritual deadness.

In His final criticism of the Pharisees (verses 29–36), Yeshua charges them with trying to identify themselves with the prophets by building monuments and decorating the graves of the righteous. They arrogantly denied that they would ever shed the blood of the righteous, but Yeshua knows their hearts and that they are already plotting to crucify Him.

Not only would the Pharisees plot to destroy Yeshua, they also would persecute and destroy other servants of God in the early Church, that assembly of believing Jews and gentiles. Jerusalem’s failure to trust God and instead follow the false teachings of the Pharisees constituted a rebellion that would bring down the judgment of God… on all of them!

As Yeshua sorrows over Jerusalem, the tenderness of His love for His people is clear. He desperately wants to gather them to Himself and protect them. He calls to remembrance Psalm 91:4 — “He shall cover you with His feathers, and under His wings you shall take refuge; His truth shall be your shield and buckler.” But Jerusalem’s rebellion is too great, and in 70 a.d. the Romans destroyed Jerusalem and the Temple.

It doesn’t end there! Jerusalem is God’s city, as noted earlier. Today, Jerusalem is a vibrant, modern city with a future that no other city on Earth can visualize for itself. But, it doesn’t end here either. The Jerusalem of today will undergo a major renovation. Let’s look quickly at Revelation 21:2–3:

“Then I, John, saw the holy city, New Jerusalem, coming down out of heaven from God, prepared as a bride adorned for her husband. And I heard a loud voice from heaven saying, ‘Behold, the tabernacle of God is with men, and He will dwell with them, and they shall be His people. God Himself will be with them and be their God.’”

A vivid description continues in the remainder of chapter 21 and also in chapter 22.

Just as Yeshua warned the Pharisees in Matthew 23, so also the final chapter of the Revelation contains a warning. Revelation 22:18–19:

If you want to know if this warning is true, ask the Pharisees!

Come and see Jerusalem for yourself. Please join Jane and me — and our new studio hosts of Zola Levitt Presents, David and Kirsten Hart — on the Fall Tour where you will experience the resilient, Eternal City of God: Jerusalem in all its glory! For itinerary details, please contact Zola Tours manager, Sandra, at 214-696-9760, email her at travel@levitt.com, or visit levitt.com/tours.

Please join us in June as we take a break from our newest series Close Encounters with Yeshua to celebrate the Biblical Feast of Pentecost.

Shavuot
Myles and Katharine Weiss explain the origin and significance of Shavuot / Pentecost while providing insight for believers in Yeshua. The airing of this program will coincide with the week of the observance. 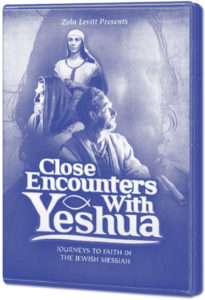 Then we continue Close Encounters with Yeshua, which focuses on how Yeshua/Jesus supernaturally came, ministered on Earth, and today calls people to draw near to Him. David and Kirsten Hart introduce this ten-program series from the studio, while Myles and Katharine Weiss teach from Israel.

Prophecy Fulfilled
At a first-century synagogue at Magdala, likely visited by Yeshua Himself, Myles and Katharine remind us that Scripture is reliable. Interview: Pastor Juan Maria Solana, Director of Notre Dame of Jerusalem Center (Catholic) and founder of the Magdala Center.
Living Water
The Pool of Siloam, a recent archaeological discovery, was a place to perform cleansing rituals; there, Yeshua performed a miracle that proved He was a prophet, a priest, and the King we await. Interview: Arab pastor Vincent Shammas (Seeds of Better Life Center in East Jerusalem).
Mountaintop Experience
On the Mount of Transfiguration, the Father honored His Son. Yeshua gave authority to His Disciples and sent them out. Interview: Chaim Singerman of Jerusalem Hills Inn in Abu Ghosh.
Life Laid Down
Yeshua came down the Mount of Olives like a king; but in the Garden of Gethsemane, He surrendered His will to the Father’s plan. Interview: Carolyn Hyde, Heart of G-d Ministries.

Check Out Our Scholars

For a look ahead at the Jewish Bible scholars who will speak to our Holy Land tour groups and appear on Zola Levitt Presents, please see David and Kirsten’s note on p. 6. And please stay with us financially as we retool to bring you the best of the best. 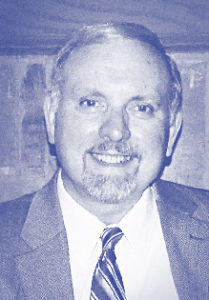 P.S. Even though Yeshua pronounced “woes” on the Pharisees, He still cared enough to weep for all Jerusalem and to continue to the cross. I, too, can be like the Pharisees, and He did the same for me.

A Note from Kirsten Hart

Looking ahead: In July, we’ll bring you the concluding programs in our Close Encounters with Yeshua series. Next, David and I share our testimony in the studio with guests Rabbi Marty Cohen and our television producer Ken Berg. Then, we air some programs from our recent Times of the Signs Bible prophecy series. Watch for lots of quality Messianic teaching on the horizon.

Zola Tours: David and I will lead praise & worship for the Holy Land pilgrims this fall. We are reviving Zola’s songs to include with modern praise hymns. Well-known Messianic guest speakers are lined up to make this a remarkable study tour while they are filmed for upcoming TV episodes, including:

This ministry strives to bring you current, factual news about the land and people of Israel, but we need your continued prayers and support to keep the Word going out. The nations need to know that God’s land is thriving. Thank you for all that you do through your prayers and financial blessings for this ministry. 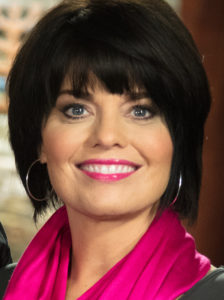 Please remember to Sha’alu shalom Yerushalayim! — “Pray for the peace of Jerusalem!” — Psalm 122:6

Dear Tony,
Jerusalem must remain undivided, the capital of a One-State Israel. The U.S. should move its embassy there from Tel Aviv.

Here’s my contribution for June. I look forward to learning from the team of Jewish Bible experts that you are building to continue Zola’s legacy. 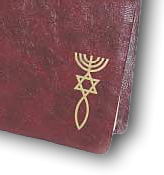 What does this trio of symbols mean to you? Whether you put our unique golden decal on your Bible, car window, doorpost or purse, you can be sure to stir curiosities and witnessing opportunities with this tribute to light, God and abundant love. The delicate, hand-cut stencil measures 1.2″ x 3″.

This book’s brand new look at Jerusalem’s past, present, and future will inspire you to praise God’s faithfulness and motivate you to pray for the peace of Jerusalem like never before.

Compact discs and a workbook that begins with a survey of Old Testament Messianic prophecies. Topics range from Gentile Salvation to the Abrahamic Covenant and Replacement Theology to Messiah in the Passover. You'll learn about the Seven Feasts, Christ in the Tabernacle, Church History, Anti-Semitism, and the Holocaust.