The Bride in the Harvest Field

As you read this letter, Katharine and I are in Israel, blessed to be hosting a Zola Tours Bible study adventure that will enhance the spiritual walks of all our pilgrims. We often remind them of Psalm 84’s exhortation:

At each orientation meeting on our first evening, we read our tour groups these verses to ensure they realize that by visiting Israel, not only are they observing history, they are making history. Christians who befriend Israel make a distinctive difference in the lives of my Jewish people. More than ever since first-century Messianic followers of Yeshua arose within the Jewish community as part of the Jewish community, Christians are expressing repentance and genuine love toward the Jews.

We Jewish disciples are bridge builders as well, although Christians and Jews tend to misunderstand our faith. “Too Jewish for some, not Jewish enough for others” constitutes one of my stock observations.

The question of Jesus’ identity is a hot topic and will remain so until He returns. This fall, Zola Levitt Presents will film Bible teaching taken directly from the Gospels for a new television series, working title: Close Encounters with Yeshua. Katharine and I have arranged interviews with Jewish Believers to learn about their journeys to faith. We anticipate these interviews will witness profoundly to our Jewish television and Internet viewers. Please pray for our Godly efforts and consider a generous, timely contribution to help defray TV production and broadcast expenses.

This new television series will boldly refute some odd and dangerous claims about Yeshua’s identity. One of the strangest of such legends asserts that Jesus (whom Moslems call “Isa”) was a “Palestinian” freedom fighter who came to save the Arab people from the oppression of Israel. According to this fraudulent paradigm, today’s Arabs are still fighting Isa’s battle; moreover, valiantly standing against Israel is the Christian thing to do. Rubbish!

Sadly, entire denominations are falling for such “Palestinian” replacement theology and distancing themselves from God’s land and chosen people. The most pernicious effort takes the form of the “Boycott, Divest and Sanction” movement (BDS) that endeavors to cripple the Israeli economy. 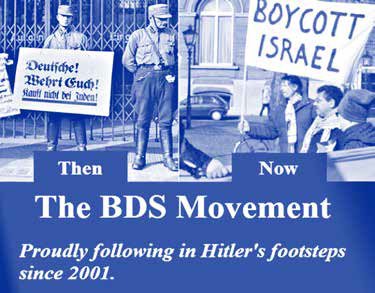 This summer, the Evangelical Lutheran Church in America (ELCA) joined the subversives. Many websites reported the following information, casting BDS as a positive action:

Comments on the above “good news” postings included this very revealing view: “This is an excellent piece of news. If similar boycott, divestment, and sanction (BDS) resolutions flood the campuses all year long, then the state of Israel will be abolished, like slavery was abolished.”

That misplaced praise exposes the true goal of BDS: abolishing Israel! Note that the commenter equates Israel’s restoration with the evils of slavery.

Let me set the story straight. Jesus was not a Palestinian or an Arab. He was Jewish to the core in His humanity, and He made His salvation available, by grace through faith, to all the gentile world — including to my Arab cousins.

For if you confess with your mouth that Yeshua is Lord,
and believe in your heart that God raised Him from the dead,
you will be saved. — Romans 10:9

The issue of identity surrounds not only Yeshua, but also His followers. Yeshua wants us to walk in the fullness of His proclamation that we, the Church, are His bride. Several holy, sweet, and intimate notes from God characterize the days leading up to the Fall Feasts. The very name of the Jewish month of Elul is an acronym for Ani L’Dodi V’Dodi Li (I am my beloved’s and my beloved is mine) from the Song of Songs. This bridal call is a central part of our identity as Believers.

Another key component of our identity: the high calling of God for us to be who HE says we are — not what nature, family history, and our own self-awareness might seem to dictate. The Bible’s “hall of faith” contains brilliant examples of identity transformation:

32And what more shall I say? For the time would fail me to tell of Gideon and Barak and Samson and Jephthah, also of David and Samuel and the prophets: 33who through faith subdued kingdoms, worked righteousness, obtained promises, stopped the mouths of lions, 34quenched the violence of fire, escaped the edge of the sword, out of weakness were made strong, became valiant in battle, turned to flight the armies of the aliens. 35Women received their dead raised to life again. — Hebrews 11:32–35

Let’s look at Gideon and the dramatic disparity between his own self-assessment and God’s view of him:

11Now the Angel of the Lord came and sat under the terebinth tree which was in Ophrah, which belonged to Joash the Abiezrite, while his son Gideon threshed wheat in the winepress, in order to hide it from the Midianites. 12And the Angel of the Lord appeared to him, and said to him, “The Lord is with you, you mighty man of valor!” —Judges 6:11–12

gibbor = mighty one
chayil = virtue, valor, a person of worth with all resources

The angel did not say, “Hello. Shalom, Gideon,” or refer to him “as he is.” In other words, the angel did not say: “I see you are hiding in a wine press.” The angel, rather, called him who he was to become! The angel expressed God’s assessment of Gideon… as He does with us.

14Then the Lord turned to him and said,
“Go in this might of yours, and you shall save Israel
from the hand of the Midianites. Have I not sent you?”
15So he said to Him, “O my Lord, how can I save Israel?
Indeed my clan IS the weakest in Manasseh,
and I AM the least in my father’s house.”
16And the Lord said to him,“Surely I WILL be with you,
and you SHALL defeat the Midianites as one man.” —Judges 6:14–16

Gideon speaks in the present tense, the Lord speaks in the future. God calls us, not based on who we are, but who He intends for us to become! In His eyes, the “you” that God wants to deploy exceeds your current self-estimation. Rabbi Shaul (Apostle Paul) confirmed this disparity in his letter to the Ephesians: “Therefore I, a prisoner for the Lord, urge you to walk in a manner worthy of the calling to which you were called” (Ephesians 4:1).

Gideon could never have fulfilled God’s calling as the person he self-identified. Gideon could only manifest God’s will when Gideon believed in God’s estimation of him, expressed through the adjectives God used—gibbor and chayil.

We followers of Yeshua, too, need to believe God when He calls us to greater things and defines us in His divine way. Believe me, His expectation is not about us; it is about His intentions.

Gideon made it into the pantheon of heroes in that Hebrews 11 passage by believing the heavenly description: that he was a mighty man of valor. And then he defeated the Midians with a shofar and a torch!

What is God calling you to be? To do? We are all “in over our heads” and dependent on the grace of God. Katharine and I find the responsibility of teaching Biblically sound tours and televised lessons daunting and invigorating. These holy tasks become daily reminders of our need for God’s strength and grace.

Your fervent prayers and material support sustain Katharine and me in this ministry’s vital mission. We take the Jewish roots of Christianity to Christians who suppose their religion is new and to Jews who need to recognize that Christianity—worshipping Yeshua, their own Jewish Messiah—is the divine fulfillment of Judaism. Thank you for standing with us in our outreach.

Visiting Israel visibly demonstrates your support for God’s Jewish family. Katharine and I would love to host you in the Holy Land. Please call Sandra, our Zola Tours manager, to discuss travel options at 214-696-9760. You may also email her at , or visit www.levitt.com/tours.

Witnessing the Passover preparations in springtime creates unique memories. The land is decked out in splendor, and the people’s vitality contagious. The dates for our next tour are:

In October, we continue the debut of our important new television series Beauty for Ashes. As survivors of the Holocaust age and pass from this Earth, this ministry feels compelled to provide a forum for their stories. Relating their experiences also affords us an opportunity to illuminate for the world the FACT that the State of Israel is a fulfillment of prophecy.

Beauty for Ashes — our newest series contrasts the cruel horror of the Holocaust with God’s redeeming miracle that is the State of Israel.

The Chosen
As prisoners stepped off the train in Auschwitz, the Nazis’ selection process sent most of them directly to their deaths. A survivor recounts her own experience. From Caesarea, we hear about Israel’s restoration and desire to “repair the world” (Tikkun Olam).
The Heart
The crematoria at Auschwitz grimly remind Believers of the battle between good and evil. Myles and Katharine speak of Jewish contributions in the arts, and meet with the daughters of graphic artist Joseph Bau, a member of Schindler’s List.
The Process
Holocaust survivors recount their camp experiences: surviving Dr. Josef Mengele’s inhumane medical experiments, and the miracle required to simply survive. Far from inhumane, science in Israel advances man’s welfare. Roy Zwebner shows us Be’er Sheva’s impressive technology center.

We pause our series that features Holocaust survivors to bring you a special, updated TV program from Israel about the fall holy days on the Jewish calendar. We recently learned that a local Bible college uses these programs to teach about the seven Feasts of the Lord.

Fall Feasts
Myles and Katharine explain the origin and significance of Rosh Hashanah (New Year, Feast of Trumpets), Yom Kippur (Day of Atonement), and Sukkot (Feast of Tabernacles), while providing insight for believers in Yeshua.

Then we resume Beauty for Ashes

The Future
It is important for Believers to stand with the Jewish people and with Israel. Holocaust survivors share their views of the future. Jerusalem’s shopping mall and busy streets show Israeli resilience and Divine deliverance.

We end all our weekly TV programs, and this missive, with the Lord’s exhortation from Psalm 122:6: Sha’alu shalom Yerushalayim! — Pray for the Peace of Jerusalem!

You will be blessed as you bless Jerusalem and ministries like ours as we carry the message of true peace—Sar Shalom: the Prince of Peace.

With gratitude — your messenger,

P.S. Americans, please remember to vote. The community of faith needs to exercise this most basic right of citizenship in every election.

P.P.S. I believe that God is calling you, as He calls us, to a high adventure, beyond your natural abilities. United as His bride, we can accomplish more together than we can individually.

Dear Myles,
Believers are called to yield to Messiah as He reaches for all people. The issue of identity surrounds not only Yeshua, but also His followers.

“Here’s October’s donation to keep teaching Christianity’s Jewish roots to Christians and to Jews who hope to recognize their own Jewish Messiah.”

This exposé examines actual cases of encounters with extra-terrestrial beings, and reveals an amazing connection between rising interest in the occult and the strange phenomena associated with “unidentified flying objects.”

“How Can a Gentile Be Saved?” study booklet

“How Can a Gentile Be Saved?” audio

“The Holy Days of Our Lord” video

The holidays our Lord celebrated, filmed on location in Israel. These celebrations provide one of the most fascinating studies of biblical types and shadows.